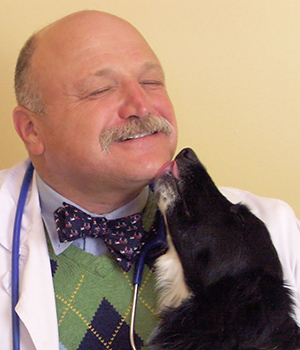 Dr. Corradini was raised on a farm in the Milton area. It was there at a very early age he developed a love and admiration for animals. Besides caring for the animals on the farm he started working with thoroughbred horses on race tracks around Ontario, eventually working as a veterinary assistant to Dr. Alan McKay. He graduated from the Ontario Veterinary College in 1982, following which he practiced in the Ottawa Valley at Belleview Equine Clinic. In 1985 he purchased Alliston, Tottenham and Bradford Animal Clinics and formed Simcoe Veterinary Associates.

It was soon after that the Bradford Animal Clinic was expanded to a full hospital and in 1999 was moved to its present location at 35 John Street West.

He has served on numerous committees at the University of Guelph, as well as currently serving on the Research Review Committee for the Veterinary College, Chair of the Equine Research and Services Committee for the Ontario Ministry of Agriculture and Food Rural Affairs (OMAFRA). He is Past President of the Ontario Association of Equine Veterinarians and of the Ontario Veterinary Medical Association, following which he has served as the Canadian Board Delegate to the American Association of Equine Practitioners(AAEP).

Dr. Corradini maintains a strong commitment to continuing education attending conferences and courses on different topics of veterinary medicine and surgery. He was also a contributing guest of his Royal Highness Mohammed bin Rashid Al Maktoum of Dubai at the 1st International Symposium on Soft Tissue Injuries of the Horse. He has mentored many hopeful veterinary candidates as well as trained many co-op students and extern veterinary students and associates.

Not only has Dr. Corradini received citations from municipal, provincial and federal governments for his community work. He has been a show veterinarian at many fairs and all levels of horse competitions, for this the Ontario Equestrian Federation has presented him with an Award for Outstanding Volunteer Contributions.

Dr. Corradini lives on a farm west of Bradford with his family. An experienced horseman, he has shown horses both on the line, under saddle and presently trains and shows pleasure driving horses. He enjoys gardening and is a regular competitor in many of the local fairs. 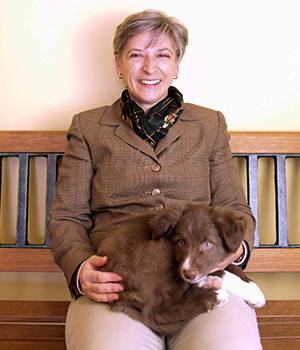 She is an accomplished horse person who has trained horses for and competed in many equestrian disciplines including, dressage and carriage driving. She has competed at many competitions throughout North America including the Royal Winter Fair. Growing up her family lived in many European countries, which has allowed her to develop a command of many languages. From an early age, Nicky has been involved with animals either in the capacity of caring for them, raising them, or competing with them. She lives on a farm with many horses, her dog Barney and several cats.